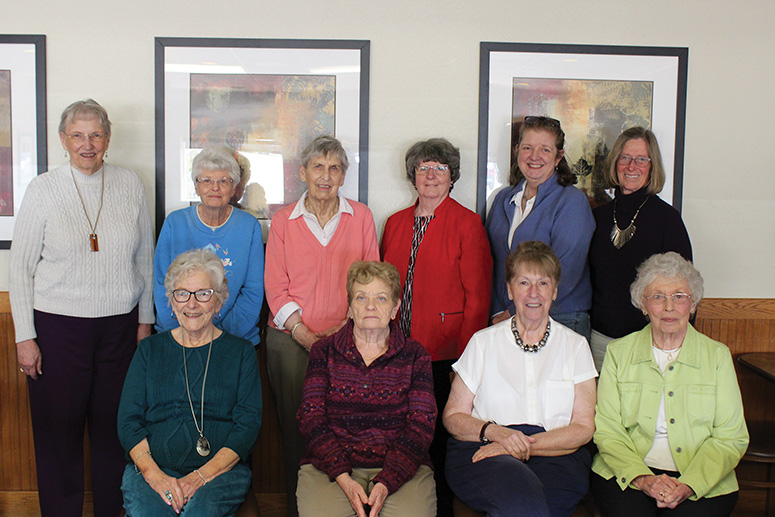 July 30, 2022
Photo and Story By Paul Vang
For ButteNews.net

Life on Montana’s frontier wasn’t easy. Whether on farms and ranches or in Montana’s few urban areas, the work was hard and dangerous for the men who worked on the ranches or mines.

It was hard for the women, as well, as many women worked hard to help prove up homesteads, grow gardens, tend a flock of chickens, raise children and, for many, cope with loneliness and isolation.

Women were relatively rare during Montana’s frontier years. In 1870, there were 8 men in Montana for each woman. Even by 1910, only 39 percent of Montana residents were women. Nevertheless, women often reached out to each other; sometimes simply for company, other times to help each other, or to trade books or newspapers.

Around the turn of the 20th Century, there was a movement to establish women’s clubs, and women joined together to form clubs to foster social activity, as well as a chance to educate themselves and others.

According to an unpublished master’s thesis by Stephanie Ambrose Tubbs, filed at the Mansfield Library at the University of Montana, the first women’s club in Montana was the Deer Lodge Women’s Club, founded in 1889. Another club, the As You Like It Club, in Missoula, was founded in 1891. In addition to literature studies, they promoted the first 4th of July celebrations in Missoula, as well as promoting tree planting on the University campus.

The industrial city of Butte had a number of women’s clubs, including the Atlas Club, the Woman’s Club of Butte, the West Side Shakespeare Club, the Ethical Culture Club, and the Daughters of Erin.

Among the early clubs was the Homer Club, which began in Butte, MT in February 1891, when Mrs. Stanley (Nettie) Casper invited her friend, Mrs. E. J. Groenevold, to her home to discuss forming a women’s literary group. Mrs. Groenevold was a minister’s wife, and she suggested that meetings should be on Monday, because Monday was a “loafing day” for her husband and “he could look after the babies.”

By and large, the early members of Homer Club were wives of wealthy mine owners and other powers in the Mining City. For example, in 1897, the Anaconda Standard reported that the Homer Club met at the home of Mrs. Charles Clark. In 1914, some prominent members were Minnie Bowman, wife of the School of Mines president, Mrs. Daniel Hennessy, widow of the founder of the Hennessy Department Store, and Mrs. John D. Ryan, wife of the president of the Anaconda Company and the Montana Power Company. Also, ladies always wore hats and gloves and might bring some hand sewing with them to meetings, though never, ever, mending.

The founding women got together with the intention of studying the classics of literature, and thus named themselves the Homer Club after the legendary 8th Century B.C. Greek poet and author of the Iliad and the Odyssey. Over the years, they shifted to study of English history and other topics. In recent years, the members choose their own topics and take turns reporting on books of their own choosing.

In 1904, the Homer Club formally became a member of the General Federation of Women’s Clubs, which itself was founded in 1890.

An early project of the fledgling Homer Club was to raise $100, which they used to purchase magazines and other periodicals for a free readers room, even before the Butte Public Library was established. That $100 may not seem impressive for a group of wealthy women, but that would be over $3400 in current dollars.

During the World War I years, the Homer Club worked to encourage families to grow vegetable gardens, to buy milk for school children, and further raised money to “purchase a good picture to hang in each of the classrooms of Butte.”

Times change, of course, and Homer Club has changed over the years. Some things stay the same. For the most part, they have limited their membership to 20 women, though at one time the club expanded to 30 women. They still meet on Mondays, however. Membership is by invitation.

I’ll note, at this point, that my wife, Kay, is a member of the Homer Club and past president, as well.

Another change is that current members laugh at the idea of being society matrons. Carol Wheeler, who is the longest standing current member, going back to the late 1960s, laughs and adds, “I’m not high society.”

Another change, one that took over a century to happen, is the members have now recovered their first names. For most of that 130-year history, the membership records indicate their names as Mrs. E. J. Groenevold, or Mrs. Daniel Hennessy, or Mrs. William Clark.

When changing times finally caught up to Homer Club, it became a point of some serious discussion. Current members recall it was Marjorie Cannon, who died earlier this year, and a stickler for doing things according to tradition, who finally said, “Well, let’s put it to a vote.” And thus, the women voted to use their own first names, though some members indicate that there was some awkwardness, after years of calling each other Mrs. Cannon, for example, and now addressing her as Marjorie.

As for high tech, the COVID Pandemic brought changes to almost everything, and in recent Homer Club meetings, once they felt safe to meet again, an iPad is set up on a tripod and the meeting is on Zoom for the benefit of members unable to come in person.