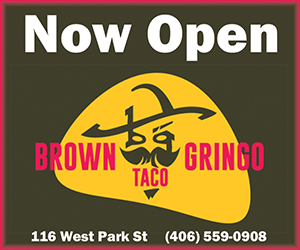 Big Sky Connection - Homeownership for Native Americans lags behind other populations in Montana and across the country. One local expert says banks often are reluctant to lend to people living on reservations. Comments from Darrell LaMere (la-MEER), loan officer, Native American Development Corporation, which is based in Billings. Click on the image above for the audio. - Native Americans make up about 6% of Montana's population. (U.S. Department of Agriculture)

After a history of forcible removal from their land, Native Americans now struggle to own homes.

Until recently, indigenous people had little recourse against discrimination in housing policies. The 1968 Fair Housing Act has helped. However, data from Prosperity Now showed that only 45% of Native Americans in Montana own their homes, compared with nearly 70% of white residents.

Darrell LaMere, a loan officer at the Billings-based Native American Development Corp., said the pandemic and current housing crunch have made this issue worse.

"Affordability, availability, substandard housing - just everything about the housing market is terrible on reservations," he said. "Housing is in dire straits right now, on every reservation in Montana."

LaMere said housing is a big part of economic development, adding that he thinks one priority should be to help prospective borrowers improve poor credit scores or negative credit reports, which otherwise can doom their chances of qualifying for a mortgage loan.

LaMere said some major banks don't work with people on reservations. It's reminiscent of the practice of redlining, when banks would discriminate against people based on their race or neighborhood. He says there also are some legal differences for reservations.

"We are considered sovereign countries," he said, "and some banks are reluctant to invest on reservations, simply because of the foreclosure issue."

He explained that part of the concern is that some tribes don't have foreclosure laws, so it can be more difficult for banks to recover their losses if a homeowner defaults.

Some financial institutions including the NADC are working with these borrowers to improve their chances. LaMere noted there's also 1st Tribal Lending, which can provide loans through the Section 184 Indian Home Loan Guarantee Program. It's a product of the U.S. Department of Housing and Urban Development.