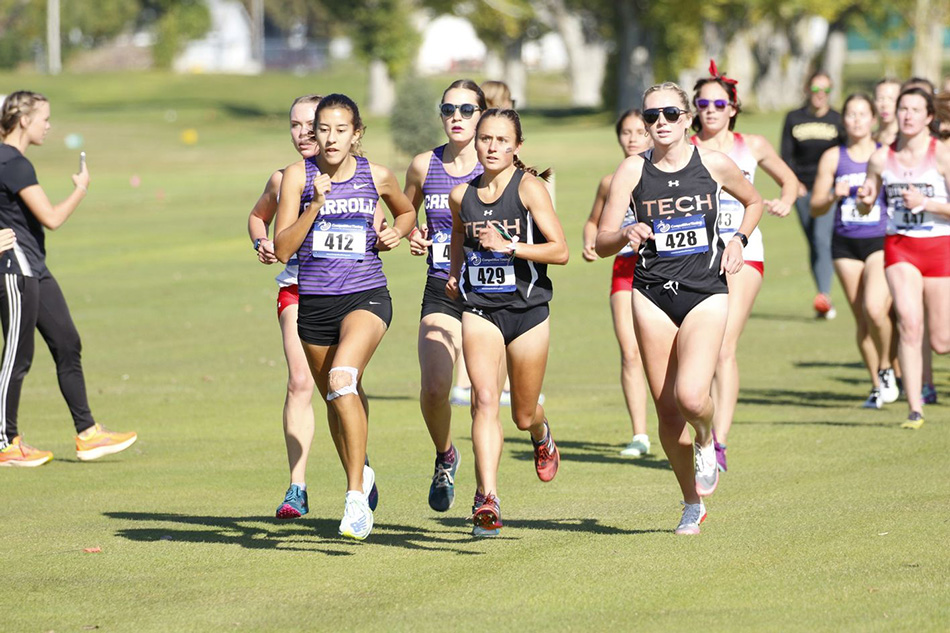 TALLAHASSEE, Fla. – Montana Tech cross country runners competed at the NAIA Cross Country Championship today. While the entire teams were not at the meet, the Oredigger runners had great races on the national stage.

“It was another historic day for our program, highlighted by adding two more All-Americans to our program,” said head coach Zach Kughn. “It was an awesome opportunity for our athletes to compete on a world class course. Appalachee Regional Park has hosted NCAA D1 Nationals, the US Championships, and is slated to host the 2026 World Championships.”

“Edwin and Justin looked great. They both have improved so much this season. Edwin became our first men’s All-American in school history and I know it will be the first of many for him.”

“Justin also had a great day finishing fourth out of Frontier Conference runners.”

Also running in his first national championship, Justin Morgan finished in 75th place with a time of 25:17.3.

“Hailey executed her race plan perfectly, got in All-American position early and never relinquished. I’m incredibly proud of her and happy for her. Having a Butte native make All-American as a sophomore is just an awesome story for our program and for Butte. This will be her first of many as well I’m sure.

“Carlin has been battling a quad injury for a few weeks but she’s been a trooper and her improvement this summer and fall has been the biggest inspiration to our entire team. This will not be her last national meet.”

Carlin Manning ran in the second national championship of her Oredigger career finishing in 159thj with a time of 19:25.4.

“It was a great day for our program and I know the rest of the team back in Butte is excited about their accomplishments and excited for our future. We definitely don’t want to let another national meet go by without the full teams qualifying. Today also served as a great way to wrap up our cross country season and get excited for track & field. That’s where our program will really shine.”