The Montana Constitution guarantees the right to a clean and healthful environment. It's a unique provision that conservationists say has helped protect the environment since the constitution was ratified 50 years ago. Comments from Sen. Pat Flowers, D-Belgrade; Sen. Janet Ellis, D-Helena; and Rep. Willis Curdy, D-Missoula. 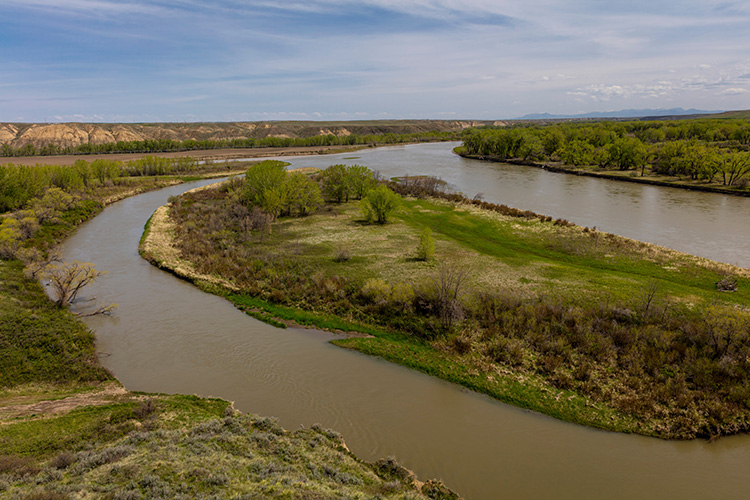 Eric Tegethoff - The Montana Constitution goes beyond even the U.S. Constitution in its protections of the environment. (stevengaertner/Adobe Stock)

This year marks the 50th anniversary of the Montana Constitution. The document is unique among constitutions, in part, because it recognizes the "right to a clean and healthful environment."

Montana lawmakers focused on conservation said the provision is an important foundation for protecting land, water and air.

"That language has allowed us to really support conservation efforts in this state, support just basic environmental health in this state," Flowers explained. "I think without it, we're very vulnerable."

Montana's second constitution was ratified by voters June 6, 1972. According to legal scholars, the biggest test for the provision was in 1999, when the Montana Supreme Court ruled the right is preventive, meaning it can be used to protect the environment before it was harmed.

Sen. Janet Ellis, D-Helena, represented the Montana Audubon on issues in the Legislature before she became a lawmaker herself.

"There were a lot of bills specifically directed at defining a clean and healthful environment to be a little less than clean and healthful," Ellis recounted. "There's just been a lot of attacks over the years of that provision, and it is very, very important."

"By following the whole idea of a clean and healthful environment, we have attracted a tremendous recreational industry to this state," Curdy pointed out. "Maintaining clean air, clean water, that has really made tourism literally the number two economy in the state and is a big driver."

The outdoor recreation industry contributes $7.1 billion to Montana's economy each year and supports more than 70,000 jobs. Following our democracy for Monday, April 11, 2022 Buchanan, who has held appointed positions in state government as far back as the 1980s, was formally endorsed at a Friday rally at the state Capitol by Democrat Dorothy Bradley and Republican Marc Racicot, who ran against each other in the state’s 1992 election for governor.

All three argued that Buchanans’ campaign represents a chance for voters in Montana’s eastern district, which includes Billings, Great Falls and Helena, to choose something other than the divisive partisanship that has come to dominate Montana politics in recent years.

“Gary’s whole life has been involved with strong and safe communities in Montana in an effort to preserve our democracy, and the independence, the freedom, and the way of life that we all cherish,” said Racicot, who served two terms as Montana governor after winning the 1992 election, chaired the Republican National Committee in the early 2000s, and was chairman of President George W. Bush’s 2004 re-election campaign.

In his remarks, Buchanan lamented excessive partisanship in Montana politics, saying he believes there is a sizable middle among the state’s electorate, what he called “an eight-lane highway” down the middle of the political spectrum.

“In Montana, so many of us get along. Why do we let our politicians tear us apart?” he asked.

Rosendale’s campaign responded Friday by calling Buchanan “a Democrat out to mislead Montanans.”